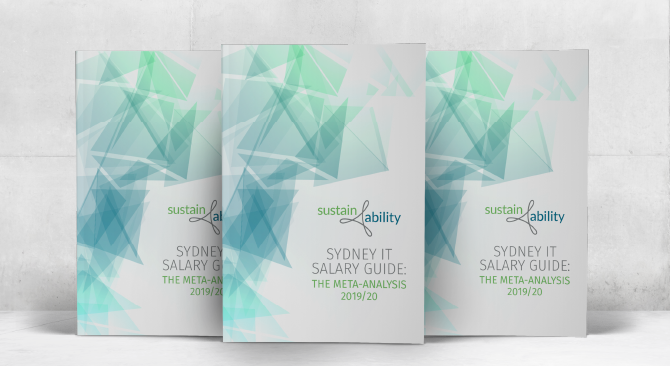 2019 has been a strong year in recruitment land. Unemployment nationally still sits at a rather low 5.3% (the same level as this time last year), and Sydney unemployment sits at an even stronger 4.1% (the lowest point of the decade).

The foot has come off the gas a little from late 2018 (when national unemployment sat below 5%), but that’s actually been a good thing for the market as a whole, as it gives everyone that little bit more breathing space. In late 2018, it got to the point where there was simply no time to reflect – for candidates, for companies, for everyone. There was no time to look for comparisons or do any benchmarking. It happened now or it didn’t happen at all.

Now, however, there is more time to make considered decisions about career directions and hiring. That’s not to say that there isn’t competition out there. There’s plenty. We have just lost that pressure cooker sense of urgency.

It’s a healthy place for the market to be – for all parties. Plenty of work for candidates (contract and permanent) and employers go to market with confidence, knowing their search for people won’t be a futile one.

It’s also a good sign for the state of the market, given the dark clouds that were swirling around the at the start of the year: Brexit, Trump, the China slowdown, wage growth stagnation, etc. That’s not to say those issues have disappeared, rather, that the economy and the business landscape have continued to fire in spite of the concerns. The sun continues to shine.

The upshot is that the market continues to make hay while the sun is shining. Focusing on this makes a great deal of sense, rather than agonising about the “what ifs”, especially given that the key issues of the day – Brexit, Trump and China – are so hard to predict.

This year we put together a meta-analysis of tech professionals in Australia that combines the results of various studies in order to identify the average salaries for key tech roles. To request your copy, contact Greg Pankhurst at greg@sustainrecruit.com.